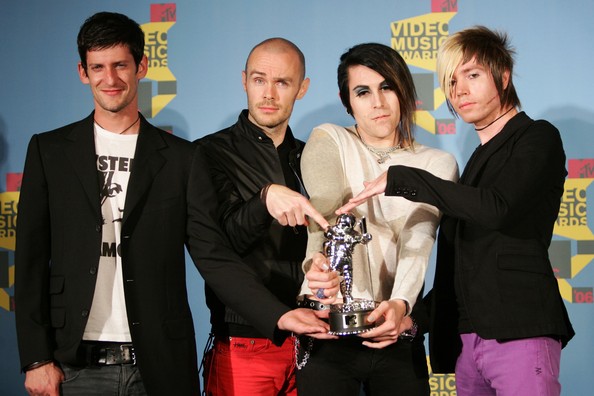 In a list of bands who prove that superstardom doesn’t happen overnight, Kerrang! days of AFI:

It was 2003’s Sing The Sorrow that brought AFI to the attention of the world at large. But by that time, the band had already been slugging it out for over ten years, having formed in 1991. Maybe it’s just that their sound wasn’t quite ready until then — with every album after their 1995 debut Answer That And Stay Fashionable, the band went harder and harder in the goth-punk vein, until they were ready to drown the world in a deluge of black.

During their hardcore beginnings, AFIweren’t exactly the vampiric heroes we think of them as. Frontman Davey Havok told Kerrang! that the first time he heard his band on the radio, it was four years before their sound-defining All Hallows EP, and Davey wasn’t exactly riding in style. “I was in my 1983 Honda Accord when it happened. Only one of the speakers worked and I had a toothpick jammed into it to keep it stuck on FM.” Sometimes, punk rock bands just need to be brined in sweat and make-up before they can take over the world.