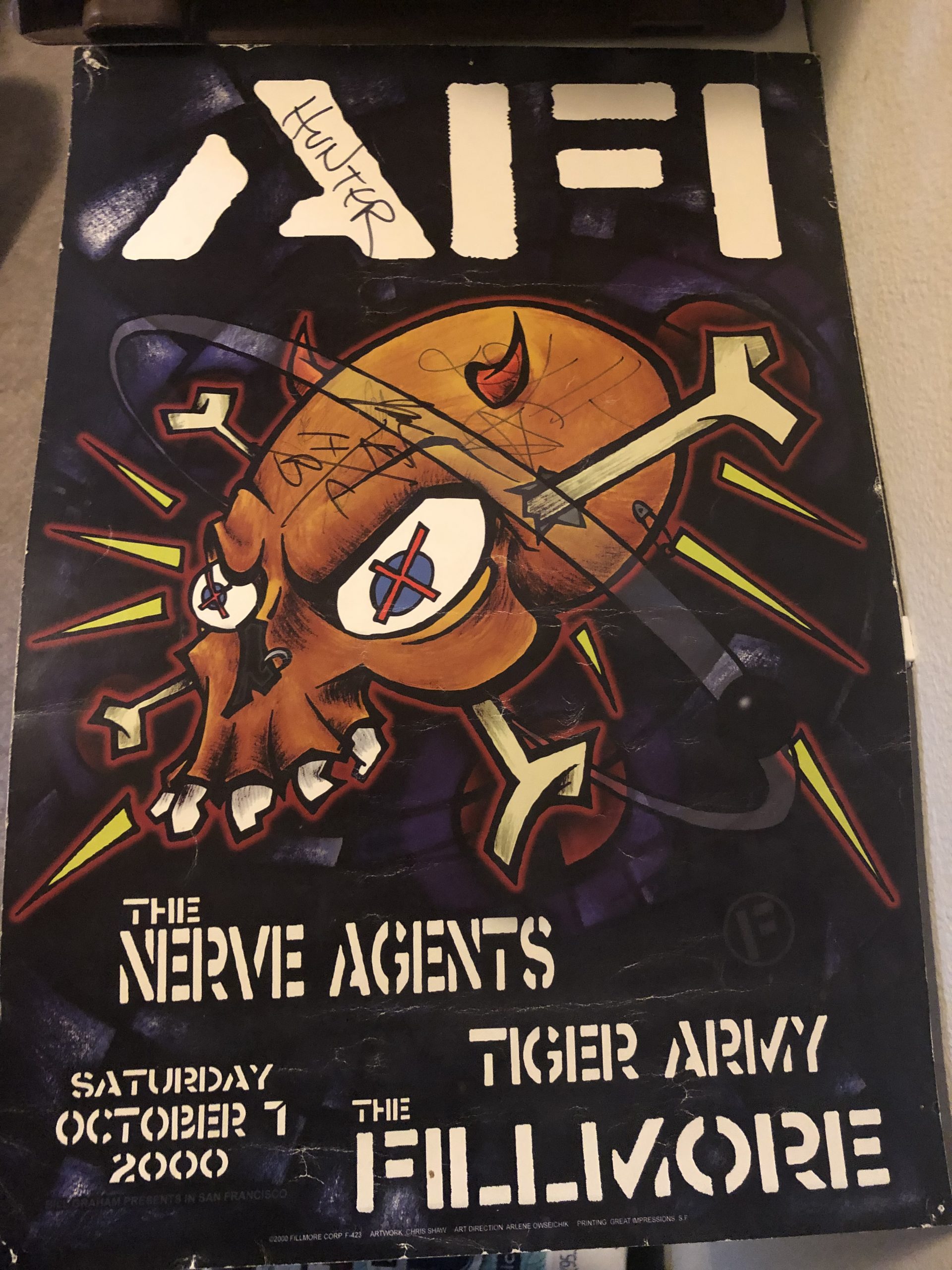 The AOD release show at the Fillmore in SF in Oct 2000 is to this day (1,000 shows later) in my top 3 most memorable and best shows I’ve had the privilege of attending. It was (personally) the best AFI you could want with nothing but AOD and before on the set list, the show was absolutely insane even for being at the Fillmore, & with Tiger Army and (sorry guys, probably the best band ever) The Nerve Agents on the bill, it made it quite literally one of the best shows you could ever ask for.  Got this poster signed after the show outside and everyone was as nice as you could imagine.