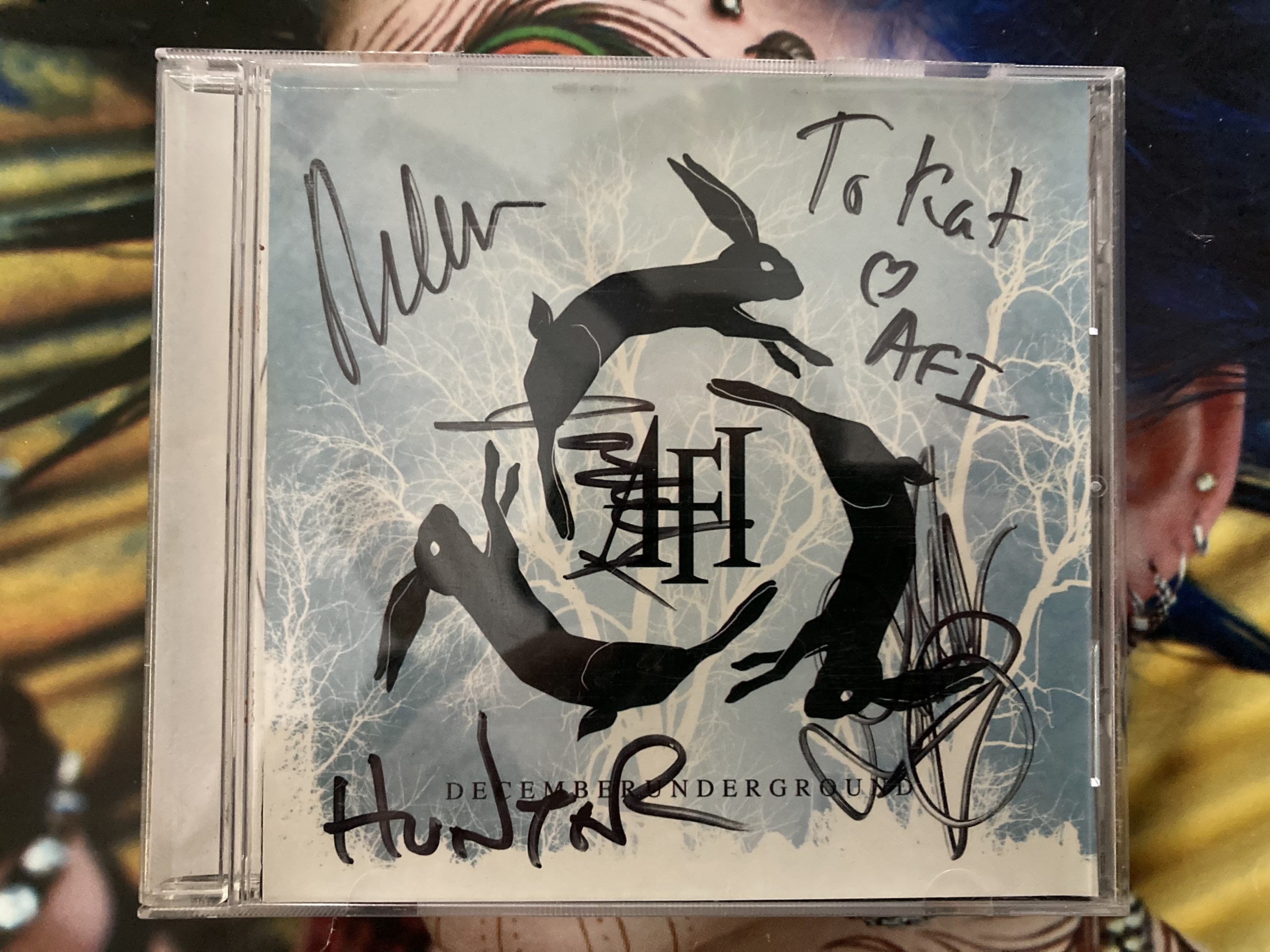 I served in the US Army from September 2002 until January 2009. Decemberunderground was released in the middle of my first deployment to Iraq.

I had already been a fan for years and eagerly watched the Mystery unfold during my brief periods of Internet access, but I wasn’t able to participate directly.

However, my close friends and family all knew that I was an AFI fan and reacted accordingly – by sending AFI-themed care packages.

Magazines, picture discs, concert merch, fan art… pretty much any piece of DU shwag that could fit in a flat rate box found its way to Baghdad that summer.

I’m on the Autism spectrum, so my behavior is a bit unusual and I have trouble interpreting social cues. As such, I’ve always felt isolated from the rest of society – a feeling that was magnified exponentially when I went overseas and was cut off from all the weirdos who actually liked me. AFI’s music and the kindness demonstrated by both friends and strangers helped to make that year a little less bleak.

The photo you see here is a copy of Decemberunderground that a friend got signed for me when she went backstage at BFD. I kept it by my bunk throughout both of my deployments as a reminder that someone cared enough about me to schlep backstage and get that thing signed.