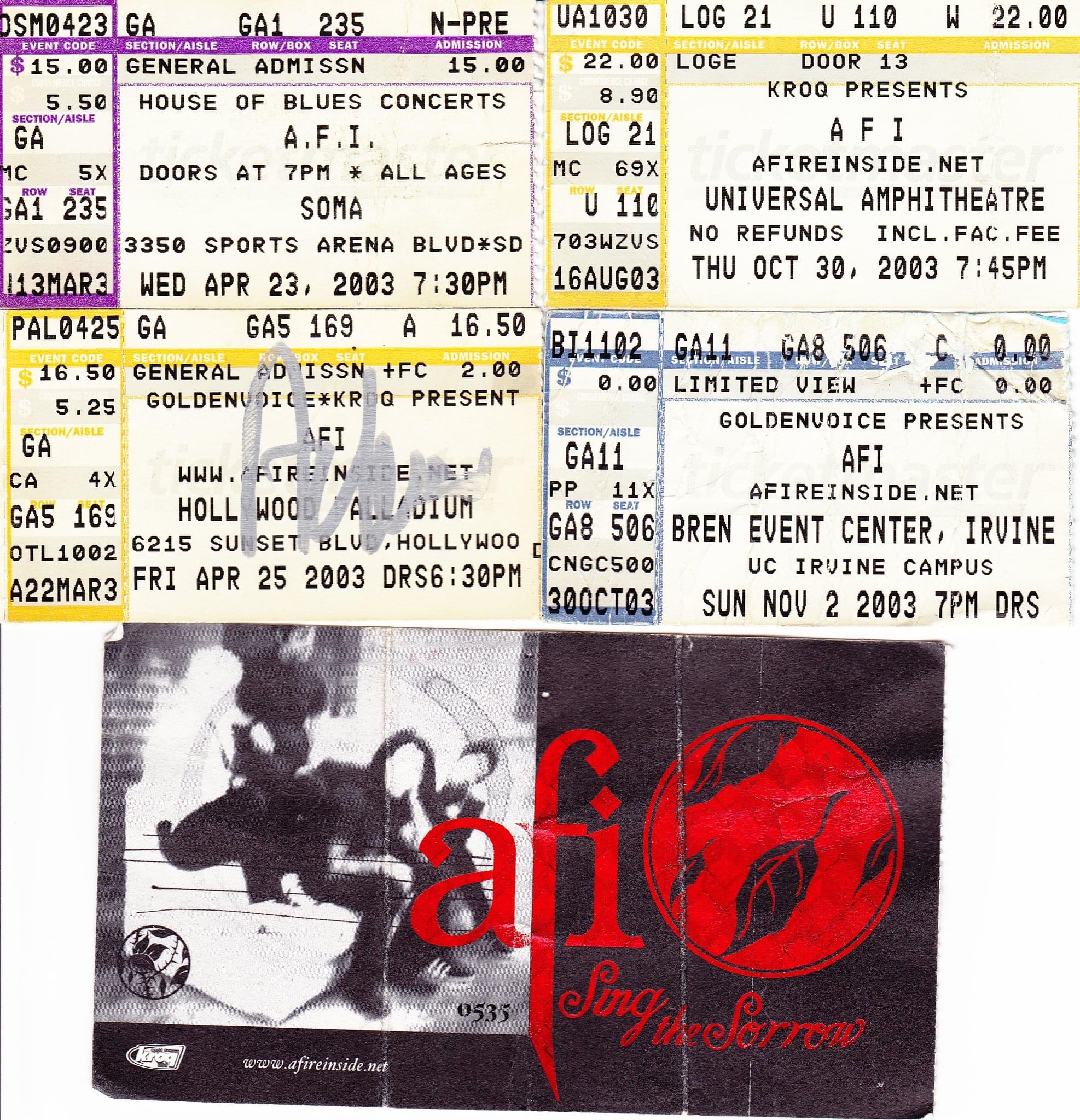 AFI was easily my favorite band growing up. I have met a few people just from going to shows and being fans, and a lot of fun was had. I wanted to share this snap shot of a single year of AFI, for me. I stood in line overnight to get tickets to the record release show for StS and then caught a bunch more shows for the rest of the year.

I believe I saw Death By Stereo 3 times that weekend of Nov 2, because they did a benefit show on Thursday or Friday, then I saw them open for AFI that weekend. That was rad.
The show at the Palladium was great and I remember a girl I met from standing in the STS line was there and she showed me where to hang out and meet the band after the show. I had the whole band and Nick 13 sign my shirt and Adam signed the ticket.
I don’t have one specific memory that’s better than any other, but AFI is easily the band of my youth and I am filled with great memories. Congratulations on 30!
Prev
Next