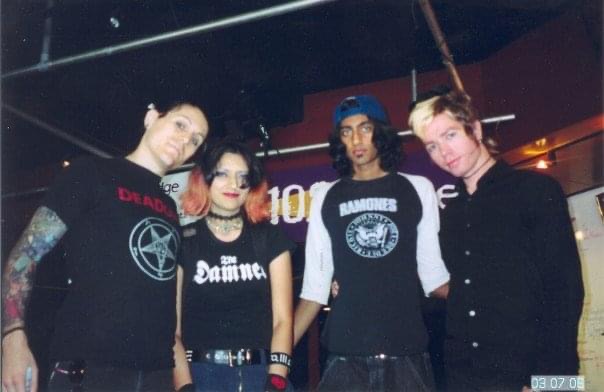 I was at the premier/listening party for December underground in Toronto on 06/06/06 and then you came on stage and played a short set 🖤🤍 there were rumour you would be playing. It was confirmed when I saw techs setting up the stage. Best freebee show ever. Just one of my many AFI memories. The picture is from years before during a radio interview at theEdge