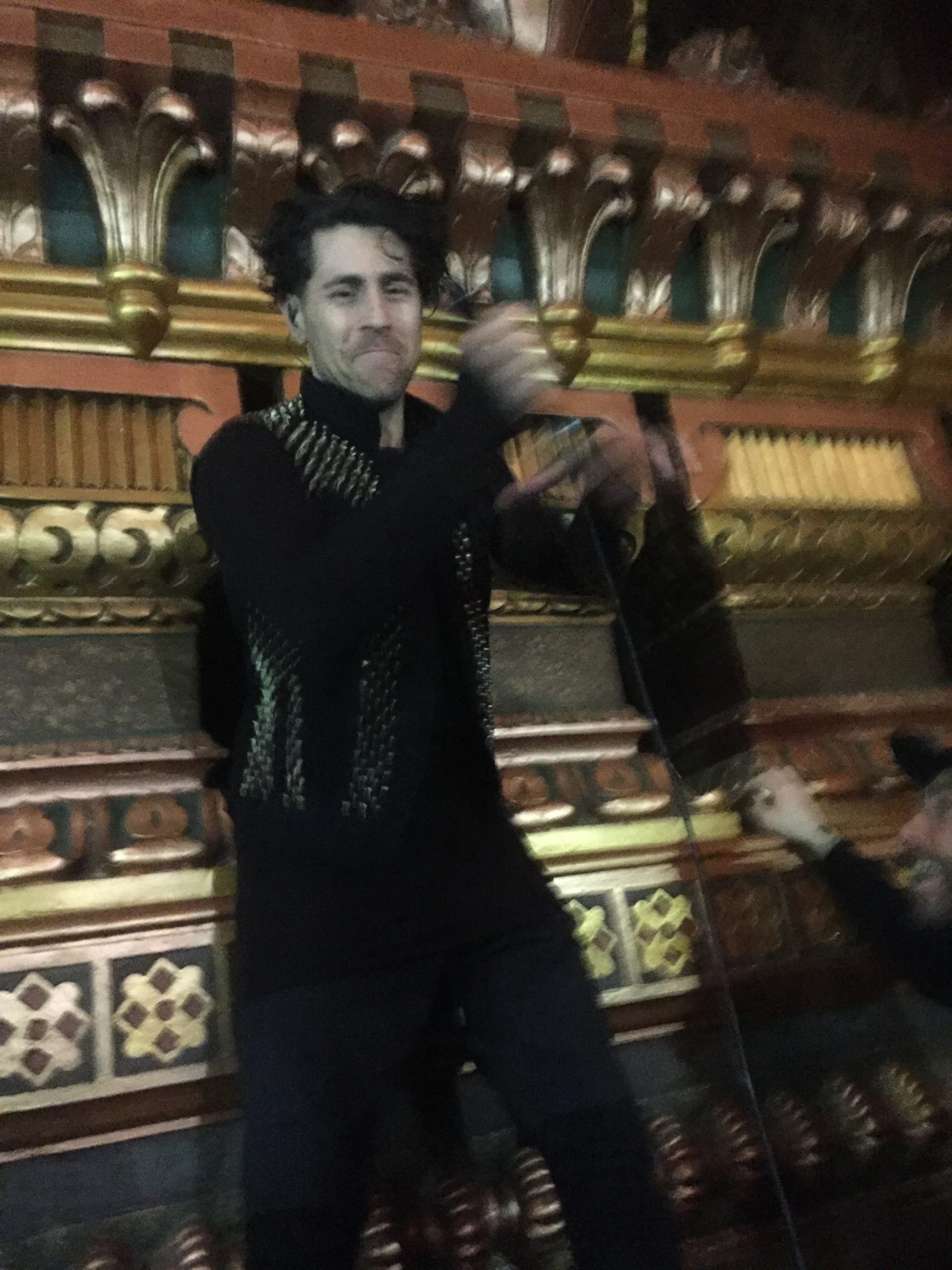 When people ask me about AFI I often joke that “every ‘emo kid’ has a band that saved their life, and AFI was mine.” The song that did it was “Ever and a Day”, and it for that it will always be my favorite song… not just by AFI. By anyone.

In March of 2017 AFI played at Fox Theatre in Oakland on the Blood tour. It was the same day as the Oakland Women’s March, so I didn’t have the energy to make for the front row. Instead I camped out by a railing on the right side of the pit, which had a sort of fire-escape ramp on the other side that stretched from the stage to the nearest exit.

About halfway through the show I heard the opening notes of my favorite song and in proper fangirl form I let loose with a mighty roar of joy. I didn’t expect the band to hear me, but it’s possible that Davey did. He immediately hopped off the stage, sprinted up the side ramp to where I was, climbed up on the railing, and stayed there for the rest of the song.

Imagine being a passive observer of your favorite band in one moment, and then out of nowhere you’re suddenly holding Davey’s foot steady with one hand, holding your phone up with the other, screaming lyrics at the top of your lungs so when he puts the mic in your face you won’t look like an asshole, and the whole time a voice in the back of your head is shouting WHATTHEFUCKWHATTHEFUCKWHATTHEFUCK…

I probably took over 100 pictures during those 3 minutes.

This one came out.