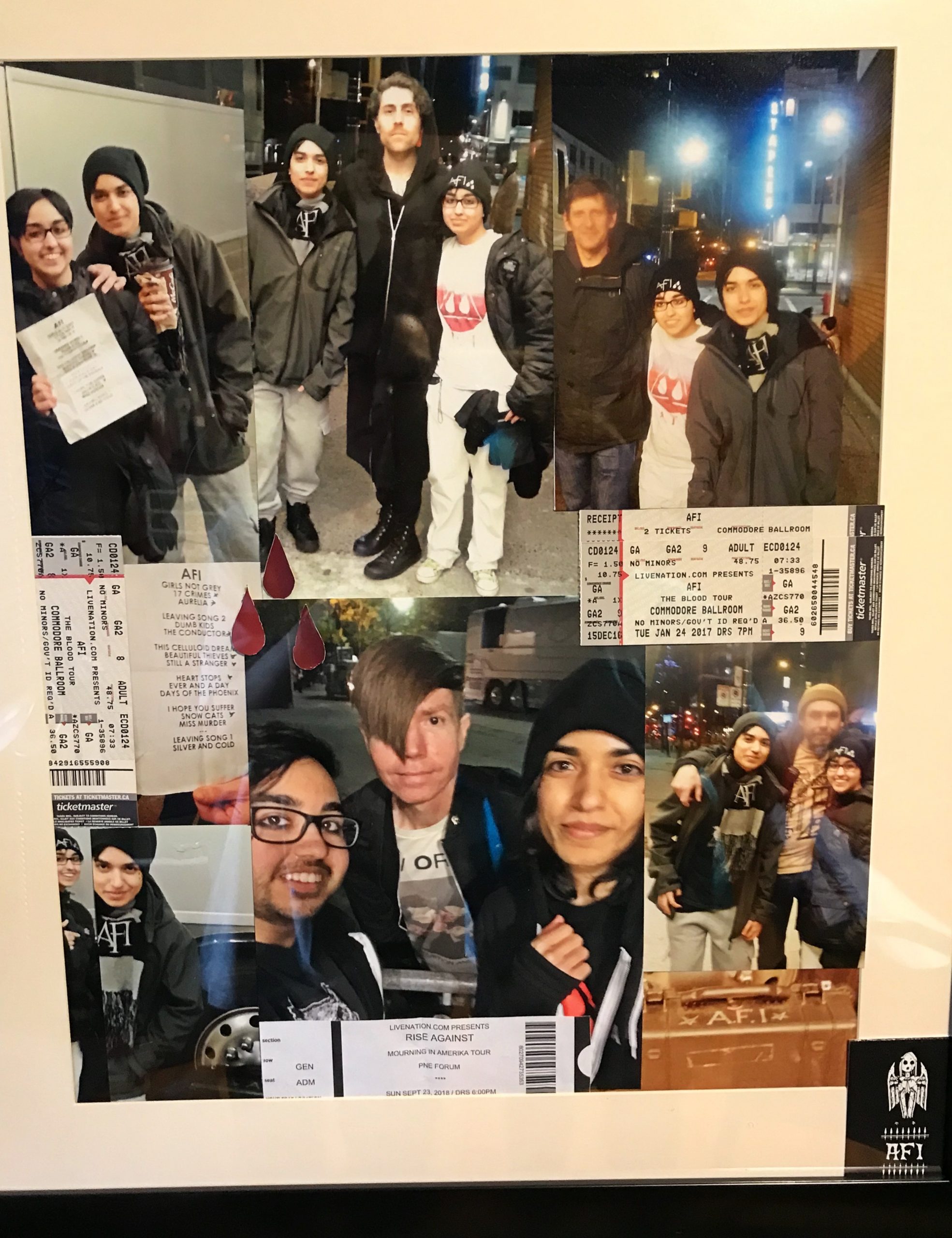 In 2006, I was being severely bullied in high school and skipped school to avoid further torment. I was listening to the local alternative rock radio station on a portable CD player in the car when I heard the unforgettable Love Like Winter and was instantly mesmerised. The song reached into my heart and I felt belonging. Unfortunately, the name of the band and title of the song wasn’t mentioned, so I listened for four hours, waiting for the mention which never came. Yet Love Like Winter was played a few times and I’d managed to jot down a couple of lines on a napkin: “It’s in the blood. I met my love before I was born.” I searched up these lyrics the minute I could and discovered the music video. I got my brother to listen to the song. He was also moved by it and we listened to it on repeat for the entire evening. We’ve been journeying with AFI ever since that fateful day and we saved up to join the Despair Faction. We both met Davey, Adam, and Smith six days before my birthday in 2017 (I was born in 1991). Best birthday present ever! I met Jade and Adam in 2018. We have your signatures inked and collages of these amazing memories on our walls. Dear AFI, thank you sincerely for all of the memories, music, and inspiration to carry on in a world that is oft cruel to those who don’t conform. We anticipate making more wonderful memories at future shows!