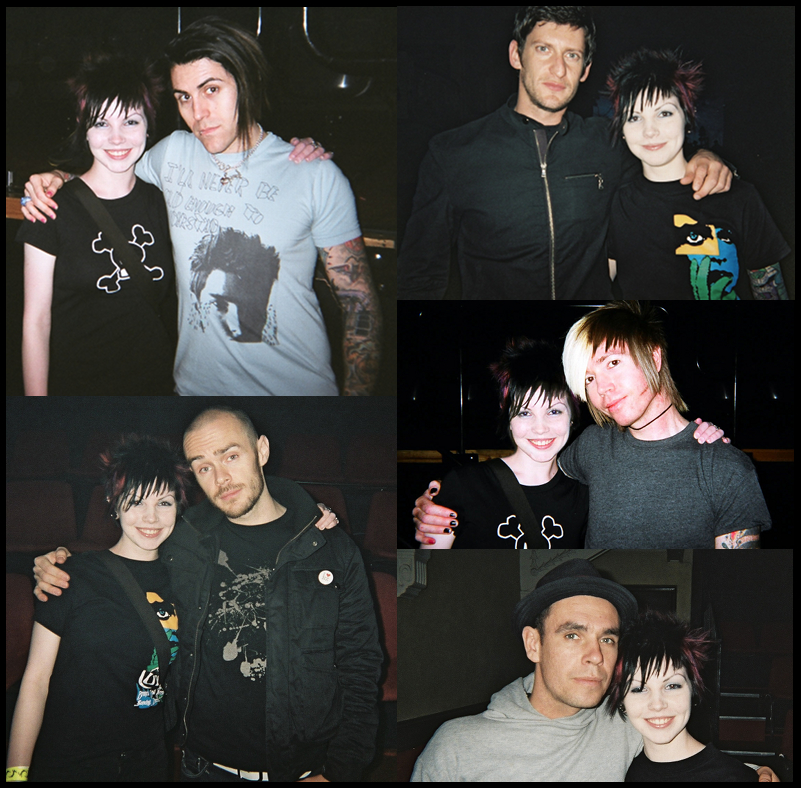 I’ve been a fan of AFI since I first heard Days of the Phoenix in 2005. I fell hard and fast for this band that seemed to have a song for everything I could possibly feel and it wasn’t long before I joined the Despair Faction, through which I met many wonderful people. I got my first AFI tattoo, then another, then another… In 2006 I, along with the rest of the DF, was caught up in the excitement of the release of Decemberunderground. I went to every show on the Australian leg of that tour, during which I met the band for the first time – they’re such lovely guys! The energy of those shows was like nothing I’d ever experienced, the sense of community was overwhelming; for a short time we were family and we were all swept away by the raw passion of the band’s performance. It was a joy and a release. The way AFI brings people together has always been truly incredible. I still listen to all the albums (of course, I have my favourites!) and AFI’s music will always have a very special place in my life; it’s got me through some awfully dark times and I will always be indescribably grateful. Thank you for these and so many more incredible memories. Thank you all so much for everything. xx