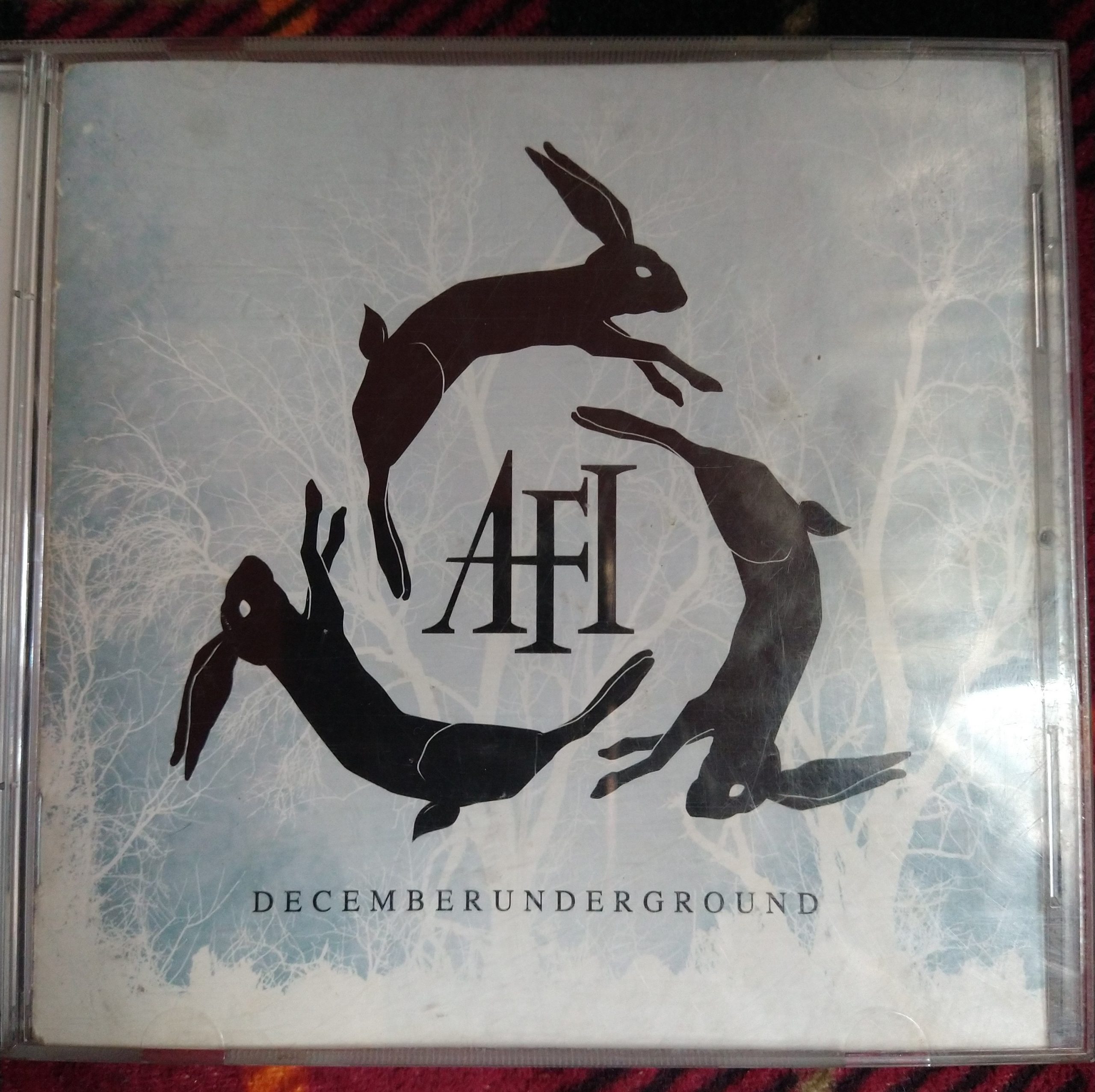 I don’t have many memories about AFI, I would like to have more.

One of the only ones they I have is the day that I discovered their existence.

Was a normal day in May 2006 , like every day, me and my sister would return from high school at 2pm, We turn on the television to look for something interesting to watch on tv. That day, there were not many homework and we watched “The 10 most requested” an MTV program in Mexico, where they broadcast the ten music videos most requested by fans. That day among the most requested videos they mentioned AFI with the song “Miss murder”, when we watched the video , we watched a boy with medium short hair, he sang and had a black bunny in his hands. The beat was pretty cool, the catchy chorus with a dark aura. What struck us the most was the way he screamed, we liked it so much that later days we went to an “internet cafe” to look for information about the band, we looked for the songs translated into Spanish, to understand the lyrics of the song. We printed some images for our notebooks and every day we looked forward to seeing the program, obviously always wanting to see them in the first positions, they were so good, that they deserved no less. We always searched among the other music channels, to see if they showed any of their videos. We begged our mother to buy us the album “Decemberunderground”, as we didn’t have much money, she could only buy us one for both of us. And later she gave us the dvd “I heard a voice.” Every day we listened to it without exception. Sadly, I was never able to attend their events that took place in Mexico. I was small enough to go and as a teenager, I only had money to go to school. Now as an adult and earning my own money, I hope I can see them, there is not a day that I don’t think about it. I am infinitely grateful to have known them, the impact that they have caused is incredible, because they have taught me not to stop and pursue my dreams, always with passion. Well, I had already given up. I’m still working on it. It is never too late to do what you really love. They inspire me to keep doing what I love: drawing.