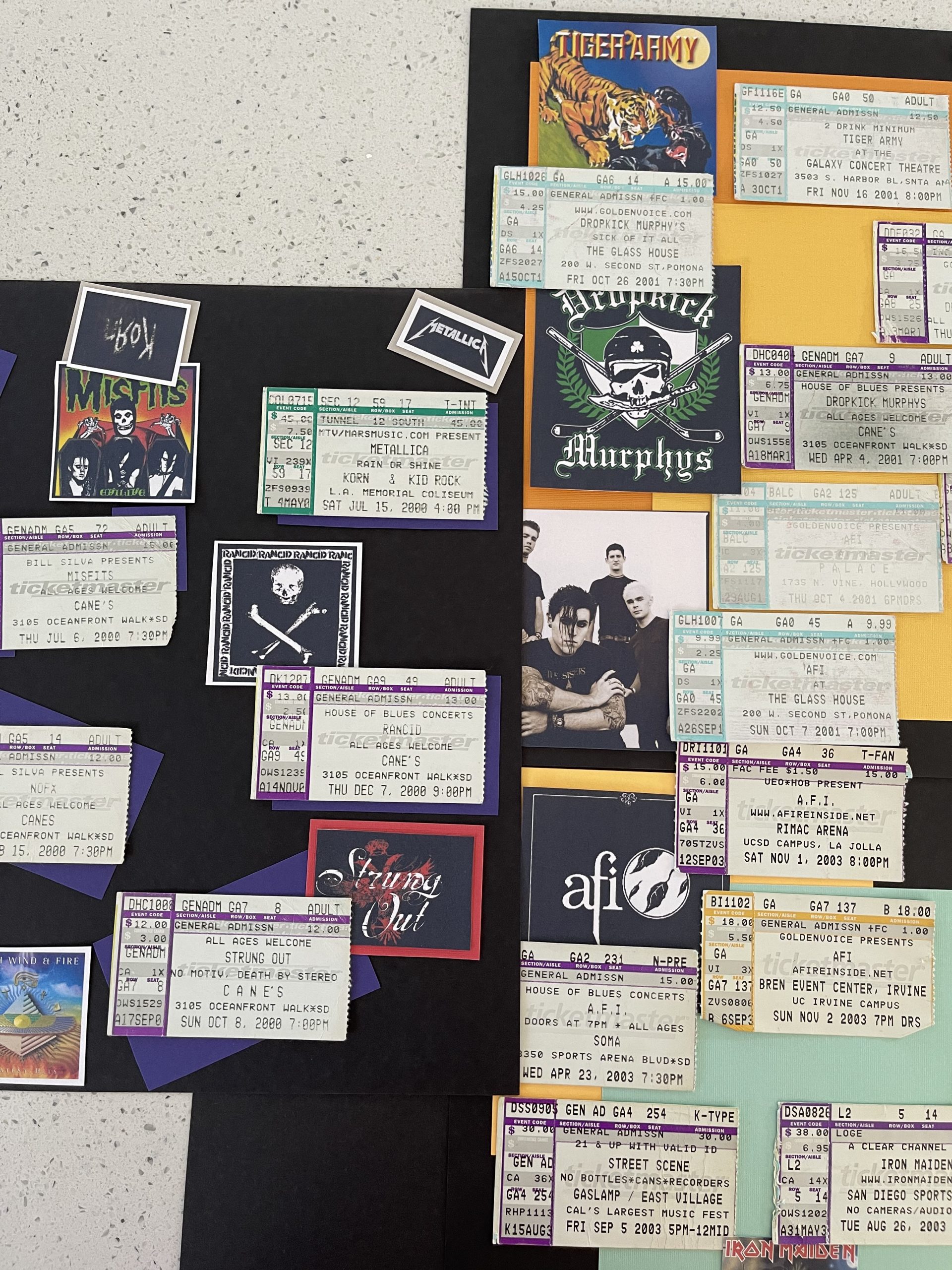 The first time I saw AFI was 12/7/2000. You guys opened up for Rancid, the Distillers were the other supporting act. I was hooked immediately. I believe the classical song “O Fortuna” was playing before Adam started drumming the intro to “Strength Through Wounding!” I get goosebumps thinking of it. I’ll never forget standing shoulder to shoulder with strangers chanting “Through Our Bleeding We Are One!” A group of strangers became family that night! I was able to meet you guys at The Rimac Arena in La Jolla 11/1/2003. It was for a DF meet and greet. Now 21 years later I’ll be taking my 8 and 12 year old to see you guys at Soma in San Diego, February 2022. Just like a said a million times 11/1/2003. Thank you!