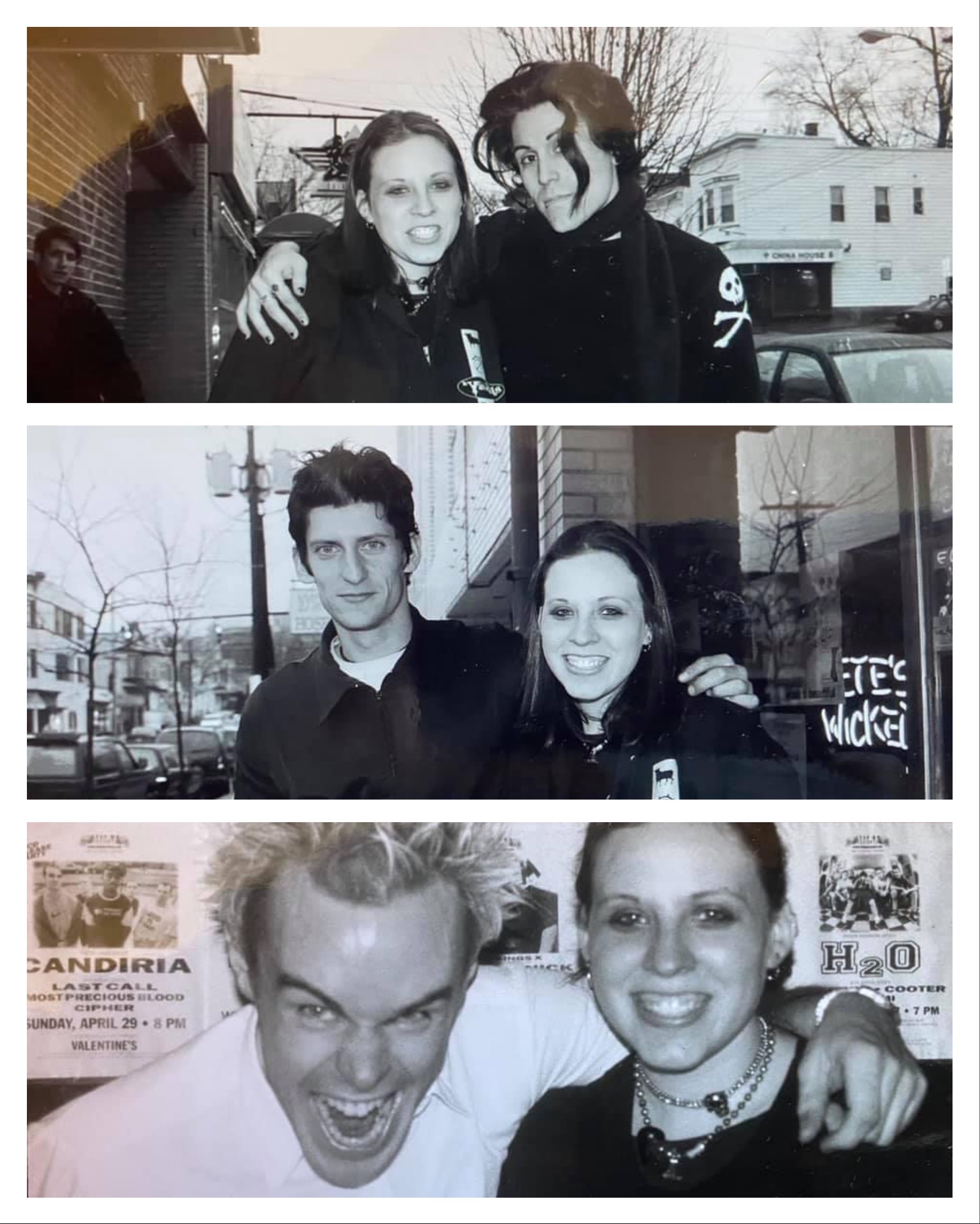 The Art of Drowning tour in 2001 was the third time I had seen AFI. The show was at a tiny club called Valentine’s in Albany. We got there early and waited outside, as we always did. We watched AFI’s tour bus pull up, and Davey and Adam were kind enough to chat with us for a while on the sidewalk and take pictures. The show was incredible – I somehow got myself on the stage and was able to take tons of photos, and Adam kept making funny faces at me. Afterwards, he gave me a drumstick which I still have, and Jade gave me his pick which I made into a necklace, and I got to meet Hunter after the show. It was such a magical night that I will never forget and is probably my best show memory ever.