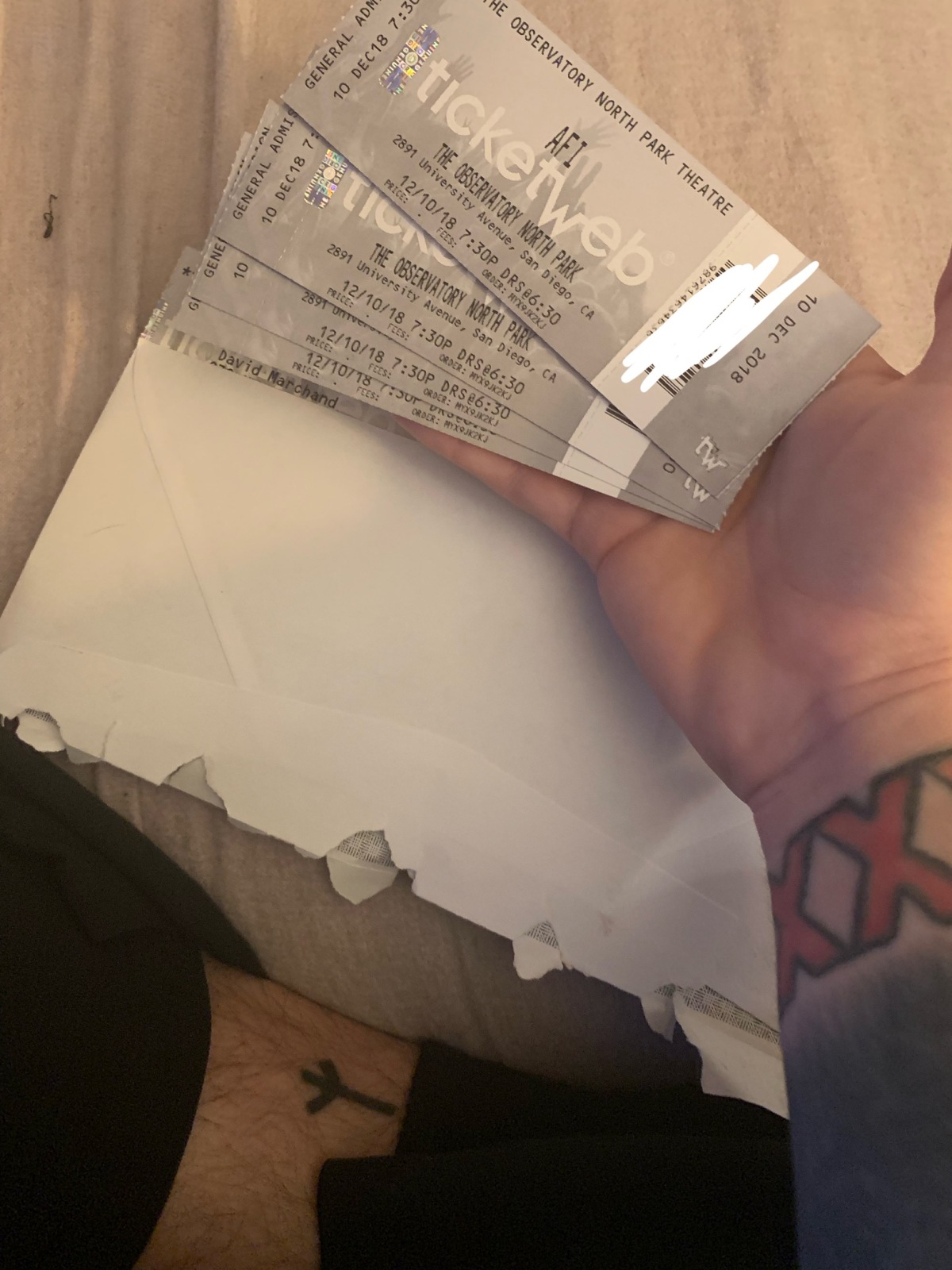 A few years ago, someone on the AFI subreddit posted about giving away free tickets to the Missing Man show in SD. I was skeptical but I messaged them anyway and they said that a ticket was all mine with a picture as proof. Honestly, I was still skeptical up until a “friend of the band” handed me the ticket outside of the venue that night. The band ended up playing Synesthesia for the first time ever at that show as well as a bunch of my personal favorites, including Feed From The Floor and Endlessly, She Said. When I got home, I sent a message to my anonymous benefactor, thanking them for the ticket. Then I looked more closely at the picture they sent earlier and realized that I was actually thanking Davey himself. Thanks again for the unforgettable night!