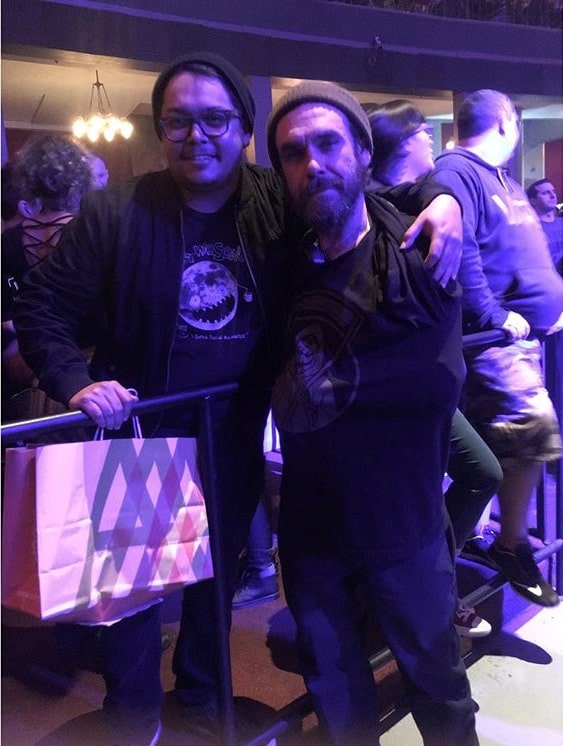 I was at a show in San Diego during the burials tour. I had met smith inside and he had a broken collar bone and he had told me he got it a couple shows earlier from a crowd surfer. After the show I met Jade and made a joke “hey jade I saw what you did to smith poor guy” to which he replied with “ya, had to teach him a lesson”. That had everyone laughing. It was an amazing show and I can’t thank the guys enough for all they’ve done for their fans.