We all form one dark flame

I was at the Charlotte show for Warped Tour in 2005 or 2006? AFI was playing and all of a sudden a shoe comes flying out of nowhere and hits Davey. It looked painful but like the legend he is he carried on!

Interview with Davey at a metro Chicago in early 2000s

I was the photographer for a zine called “Jaded in Chicago.” We had interviewed and photograph countless bands since the 90s. We covered so many bands from their start at the Fireside Bowl Chicago, up until they became extremely well known and successful (Jimmy Eat World, Death Cab for Cutie, Alkaline Trio, etc). Sometime in the early 2000s we were covering AFI at the Metro in Chicago and Davey agreed to be interviewed. We met with him backstage. The editor, Bill, interviewed him and I sat there holding the camera I just took pictures with. I was mesmerized by Davey’s tattoos as a fellow lover of Nightmare Before Christmas. I found myself staring, likely uncomfortably for Davey, at the details of his tattoos and then his articulate answers. He saw this, but was so kind and interactive with me even though I was very shy meeting him. It was a moment to remember, and have been a fan since. 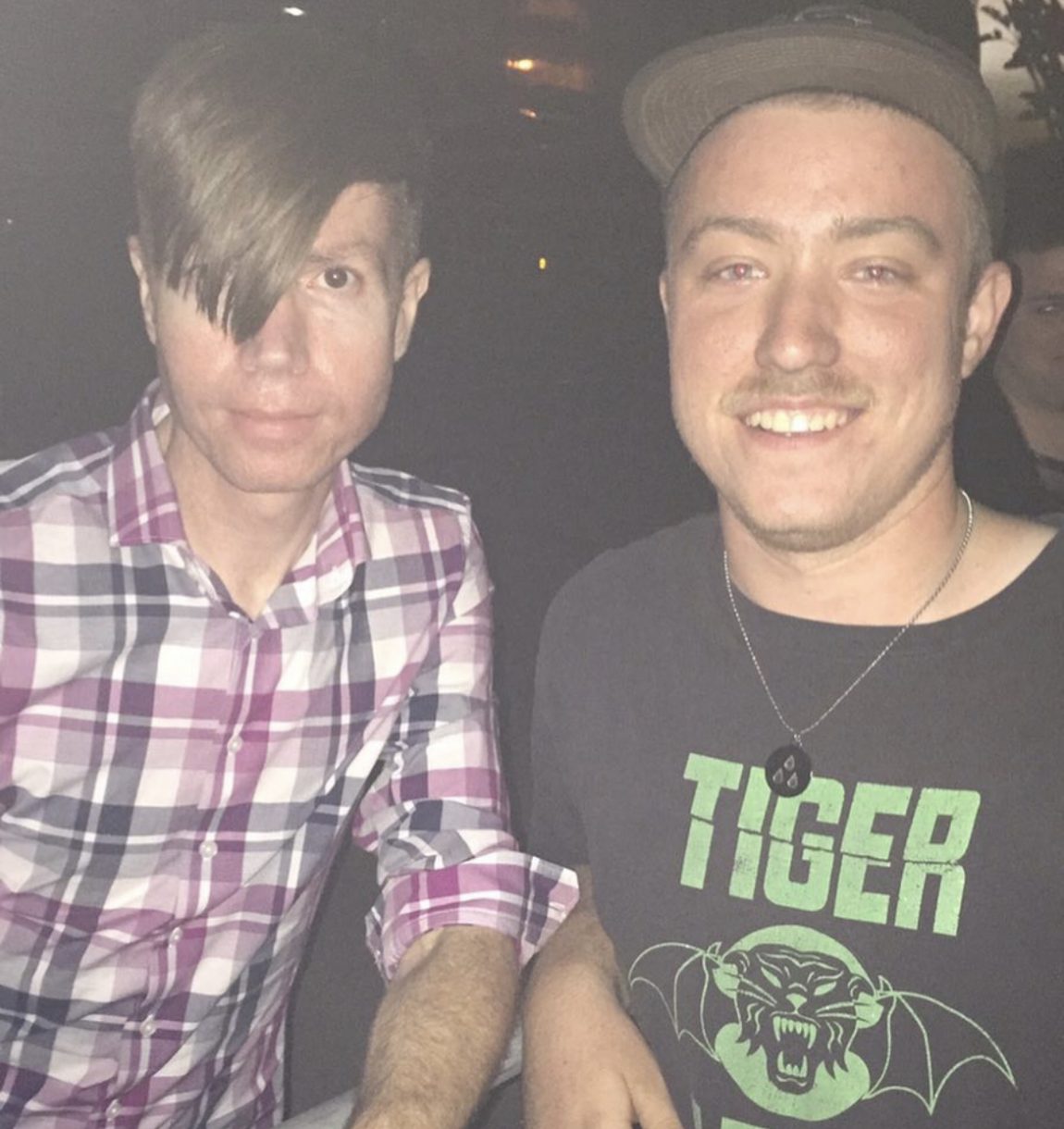 Drove down from the Bay Area to see AFI in San Diego. Jade was hanging out with fans for a while after the show.         Good times. <3

When we waited for you to play for us again (Warsaw, 2010) one of you came back to the stage without shoes (it was cold April) and you said that you never had such situation. Nobody waited such long.🖤 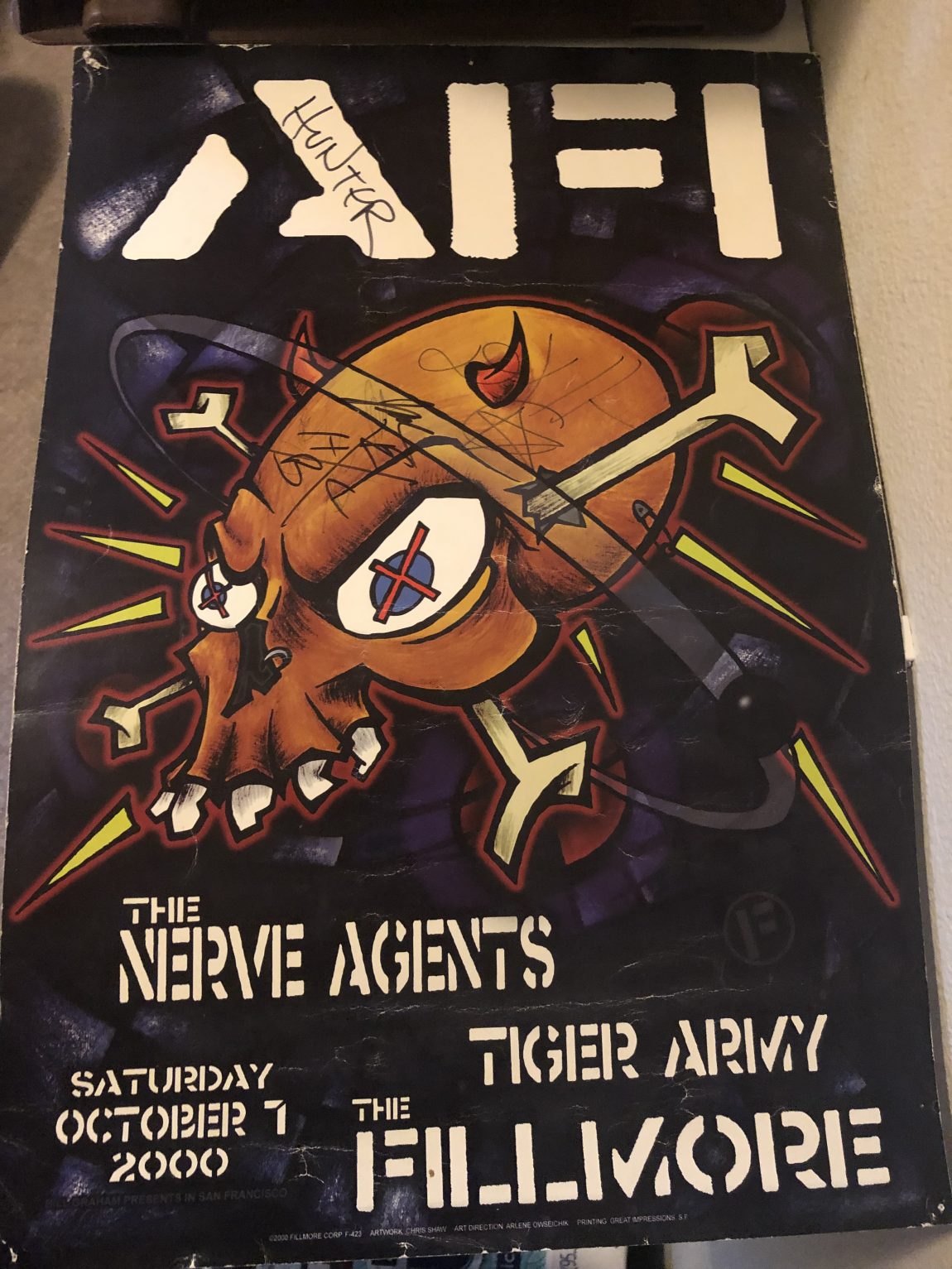 The AOD release show at the Fillmore in SF in Oct 2000 is to this day (1,000 shows later) in my top 3 most memorable and best shows I’ve had the privilege of attending. It was (personally) the best AFI you could want with nothing but AOD and before on the set list, the show was absolutely insane even for being at the Fillmore, & with Tiger Army and (sorry guys, probably the best band ever) The Nerve Agents on the bill, it made it quite literally one of the best shows you could ever ask for.  Got this poster signed after the show outside and everyone was as nice as you could imagine.

There I was a 7 year old boy in the backseat of my moms car. Little did I know she bought the new Decemberunderground album  and my life would be changed forever. I can still remember hearing the opening Prelude 12/21 thinking what is this and how have I not heard it yet? Fast forward 16 years later AFI is still my favorite band but what makes it even better is that I finally get to see them live in concert February 2022 in ATX. Here’s to another 30 years of AFI!

It was a beautiful summer afternoon on August 13 2019. I was beyond excited to see AFI. My boyfriend spent the day with me, and as we drove to the concert 17 Crimes played. I typically get emotional when hearing the track because it reminds me of an honest youthful type of love , and carefree breezy summer days. As I sat enjoying the music filling the summer sky, my boyfriend grabbed my hand and lead me down to the bottom of the hill as 17 Crimes was playing… I wasn’t sure what the reason was…. Until he proposed to me in front of the crowds of people to my favourite band, and a very sentimental song. My heart truly was full, to have someone who finally understood me to the core, including the passion that is AFI and their artistry. That moment will be remain with me beyond and to all time. 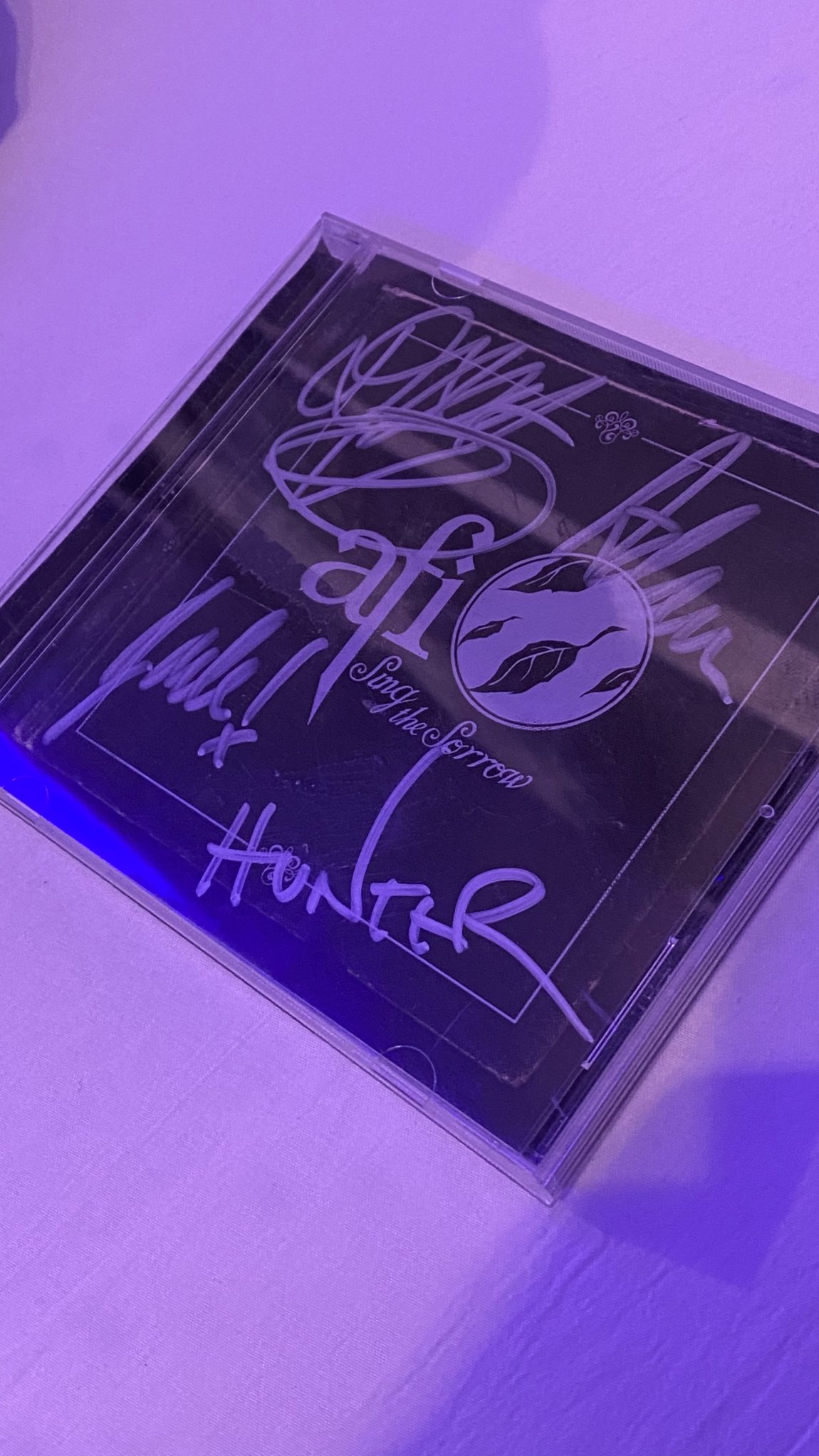 It’s 4pm. I get to the alley where the “A” artists’ labels are, and there it it’s, the brand new “Sing the sorrow” album. It was a long way from the store to my car. I get in, put the disc into the player and Miseria cantare trembled through the speakers and the next weeks, my stereo didn’t meet any other CD. 2021, l got a bargain of Sing the sorrow CD signed on eBay. Still looking forward to meet the band…still looking forward to an album that surpasses this masterpiece. 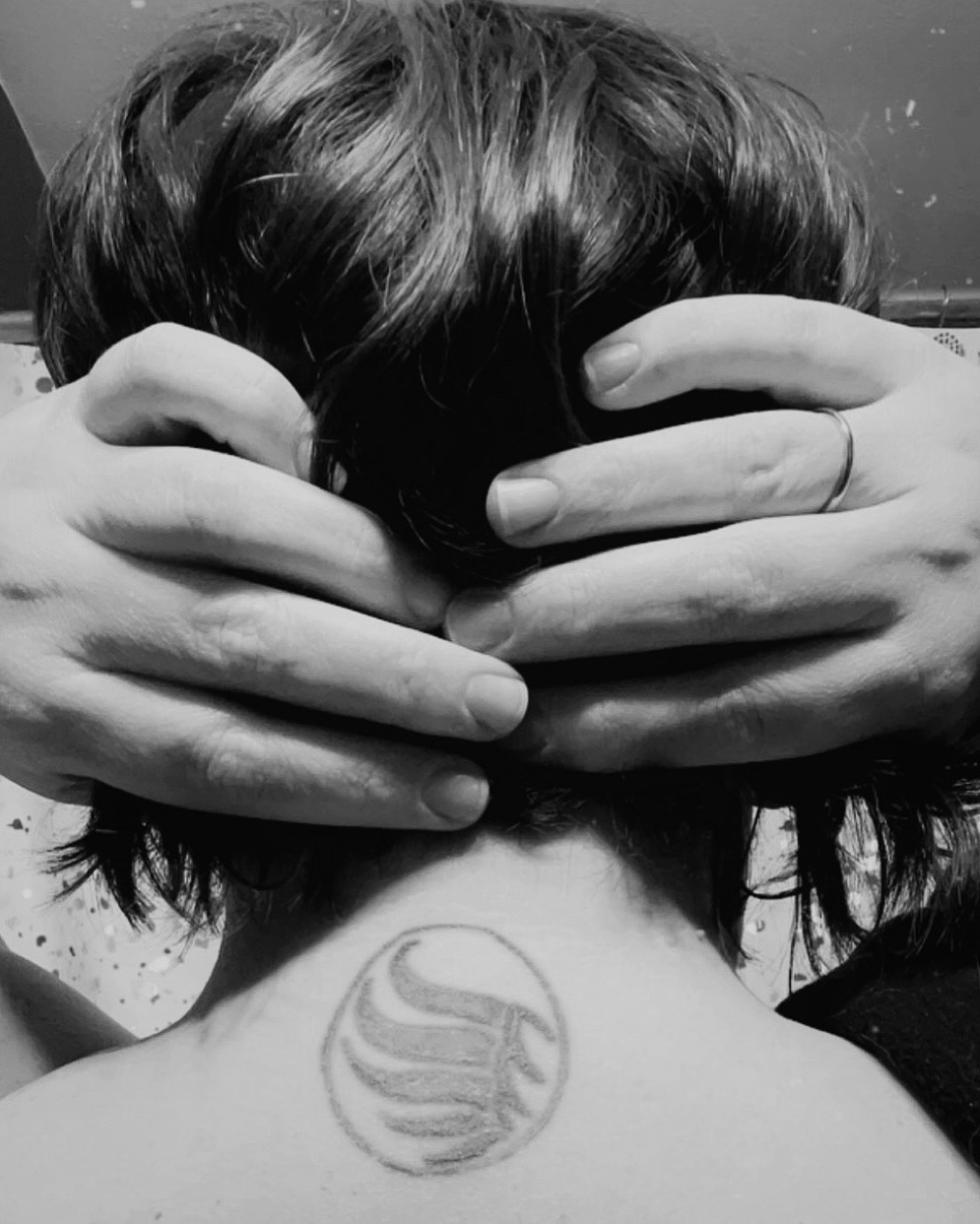 I fell in love with AFI’s music when Sing the Sorrow was released, which is still one of my all time favorite albums and one that got me through high school. I live in a small town in the middle of the Midwest so seeing your favorite artists live didn’t always happen but I did get the chance to see them in Des Moines at Val Air Ballroom in Feb of 2007 and it was a blizzard! Horrible weather but we still waited outside for several hours so we could be upfront. Totally worth it.. the atmosphere, fans, and music were absolutely wonderful! I got some artwork from Sing the Sorrow tattooed on my neck shortly after which is now faded and definitely needs touched up and maybe the rest of the album added to it 🙂

Back to back shows

Been a fan for 18 years. AFI was everything in my teen and early adulthood years (and still to this day). I finally got a chance to see them on Burials tour. Saw them in Tampa and Orlando back to back shows fulfilling a lifelong dream

Best friend and I, AFI road trip to Springfield Missouri. Met a radio DJ who invited us backstage to meet the band. They were fantastic and kind, commented on us being from Seattle and traveling all that way to see them. Month later at a DF meet and greet in Medford, Oregon, Davey mentioned that he remembered us from the Missouri show…that has always stuck with me. 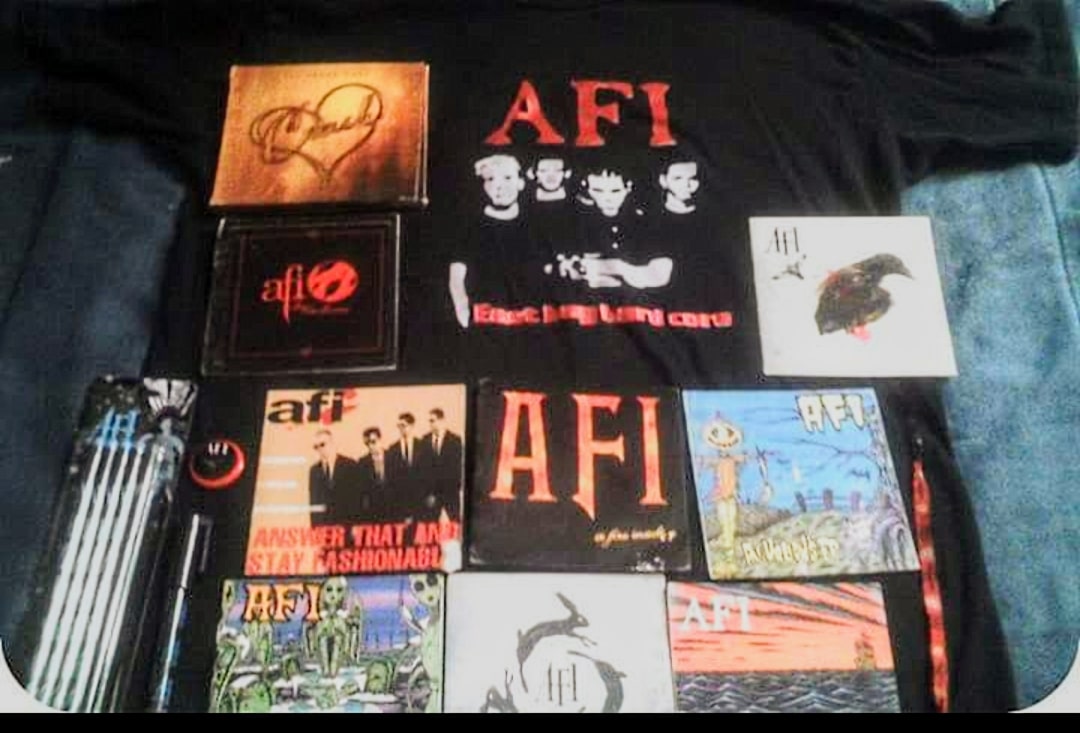 My collection started when I was in high school in 2006, when Decemberunderground came out, in an instant I became a fan of them, I had already heard their song Silver and Cold years ago, only I didn’t know who they were but I really liked that song, and coincidentally I found it between those months when I got to know more about them after buying the Decemberunderground album, some time later I acquired their other albums and other accessories.

My first, but not last concert of yours. I got an AFI tattoo shortly after this show.

I describe my memory of discovering the band AFI when I was a little kid. Then I actually started to listen to them again start of last year of beginning of the year. 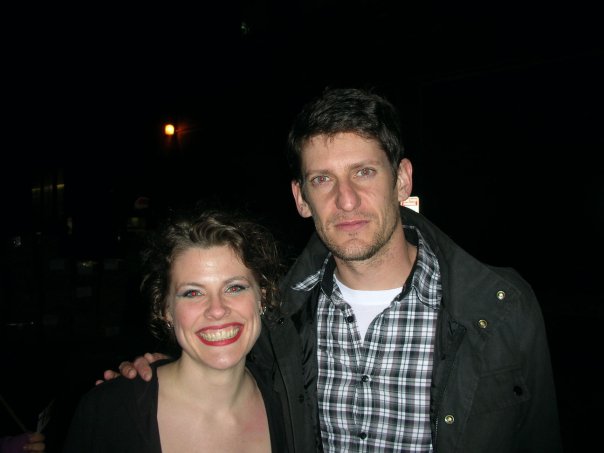 This photo was taken after a show at Showbox Sodo in 2010. Adam
was so kind and generous with his time. He talked to everyone there, laughing
and taking pictures. I think it’s this kind of connection with their fans that
helps the band endure.